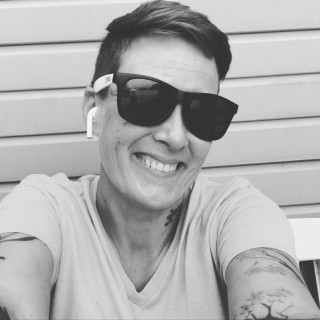 I’m currently on some type of spiritual journey to find and heal myself, in order to operate at my highest and start living my dreams. I am writing this blog through my perspective my own life and mental health. I hope to influence in a way, that someone can relate and hopefully take off some of the emotional burdens we all face.

I chose to do my meditation outside once more. The bee was absent because of the cool breeze gracing my presence. However, the crow was back. there were actually two this time, one more there would be a murder up in here. In case you didn’t know 3 or more crows is called a murder. Maybe there are better words like a coven of crows. Gross!

I did my usual warm meditation. I was cold, at this point, hoping that the warmth of the sun would kick in sooner than later. I began. This time it wan’t the bee. It wasn’t Karen in her pajamas distracting my attention, but it was her other half. Washing our shared fence with the hose. Because that needed to happen at this exact moment. I need to ensure I’m keeping the distraction at a minimum, so I may have to start going back inside to do so. I just don’t get a lot of quiet time either way. I could go to the park, as well, which is probably the better choice. I start again fearing my focus was just not enough and I may have to try again later. I made it through without further distraction.

My vibration and the energies are definitely becoming stronger. However, by the end of the meditation I felt as if I ate one too many mushrooms; I picked the blue pill over the red, or Lewis Carroll is straight up messing with my mind. I’ve began to see images while meditating. The first flash almost looked like a cropped picture of a dingy cauliflower. Apparently, my conscious mind asks my sub-conscious, at this point,” You show me this when I am supposed to be being mindful of an interaction with my spirit guides?” This is what my Jiminy Cricket had to say to me?

I was able to regain focus. This time a scene from The Curse of Oak Island. I was sitting, at the table, with the “guys.” Not really, just trying to make sense of the Renaissance man head floating behind my eyes. It was the History Channel’s interpretation of a head of a Knight’s Templar. Who knows? I was meant to see the twirling head.

This whole time I am laying on a crystal bed filled with lights, as guided by the meditation. Backed to cropped images, apparently. The image shown to me is now shrimp. Like shrimp on a cutting board getting ready to be filleted for sushi. Yes, I thought this. What is this the reason for the Corona Virus? None of this is making sense. Remember, this is all to operate at my highest self.

Last but not least, the images of the Knight’s Templar were crossing the sea, as it would look portrayed in a pop-up book just rowing along behind my eye lids. They’re baaaack! At least there were multiple. The positive was I made progress and this is only Day 2. I wish been mushrooms causing the trip I just experienced, but instead I offer you my crazy. I offer you my thoughts and I offer you my experience.

Sending all good vibes to each and every one of you!

This site uses Akismet to reduce spam. Learn how your comment data is processed.